“Boyko Borissov’s secret lair – Palamara hunting farm” – under this title the co-chair of the Greens and DB MP Vladislav Panev published a video from the hunting residence near the Shumen village of Venets, known as the unofficial center of power.

Panev entered Palamara together with the director of the Executive Forest Agency Alexander Dunchev and announced that he had taken over one of the last “feudal fortresses”.

Video from the hunting lodge “Palamara”

For the past 10 years, Palamara has been inaccessible to ordinary taxpayers, even though it is state-owned, locals have complained. Access to the eponymous state residence passes through a barrier and security guards, who did not allow people inside, without a special invitation. Even Maya Manolova failed to enter the hunting lodge last fall when she tried to meet with Boyko Borissov.

“Palamara was a favorite place for hunting and rest of the former prime minister, this is where he “distributed the portions”, said the former GERB activist Gunay Ismail. ”He sat with a cigar on the couch in this red room, raised his legs on the table and received those he had called or who had come to ask him for something. They sat next to him on the long sofa – mayors, MPs, heads of state institutions. And he was telling them: “I will leave you, I will remove you “, explains Ismail, who attended some of the meetings.

How Palamara was governed

Palamara has been managed for 12 years by the company of Valentin Zlatev’s father “Terra Tours Service” through a contract for joint activities with the state hunting farm. The host of the residence all the time was the former MRF activist and current prominent member of GERB Beyzat Yahya, who until 2019 was Dogan’s strongest man in Deliorman, but at the same time is extremely close to Boyko Borissov. It was he who translated at Borissov’s last meeting with Turkish President Erdogan. As early as 2011, when he was the omnipotent MRF leader in the region, Yahya was appointed as Chairman of the Board of the Northeastern State Enterprise and remained in that position until this summer, managing hundreds of forest officials and thousands of acres of land and forests in several districts.

Because of Yahya’s full power over Palamara, everyone was convinced that Zlatev’s company sustained the entire hunting farm. The truth turned out to be quite different. “It turned out that the hunting farm, i.e. the state, provided 80% of the subsistence, and the private company – only 20%. But with these 20% it managed Palamara”, commented after the inspection the Director of the EFA Alexander Dunchev.

In figures, it looks like this: the farm annually gives BGN 720,000 for the subsistence of Palamara, and the private company – only BGN 150,000. However, the result of this almost one million investment is deplorable – the income from hunting activity is only BGN 100,000, the inspection of EFA found. “So, we invest one million and get back only 100 thousand,” Alexander Dunchev wonders. And he raises the big question – why is one of the most elite hunting farms in our country with such a huge loss?

Why is the state farm with such a huge loss?

The new Manager of Palamara, Gunay Kadyrov, who was appointed to the post two months ago, explains that the big problem of the farm is “the low use”. According to documents in recent years, there are only a few deer shot here, i.e. there is almost no hunting tourism organized, which had brought the main income of the farm. At the same time, the huge investments went precisely to the protection and increase of the game in the area, the forest officials explain. “Then who is taking advantage of the increased game stocks?” the head of the EFA rightly asked. And he heard vague explanations that the deer migrated and were hunted by neighboring hunting teams, which, however, did not pay fees for shooting. On the territory of Palamara there are 4 private farms, which are fenced and the game should not be mixed. “In practice, a large part of the “state” deer are disappearing and there is no real income for the state, despite the huge investments,” Alexander Dunchev found.

He saw a lot of problems in the contract for joint activity between the farm and the private company “Terra Tour Service”, concluded in 2009. The agreement is for 15 years, then an annex was made to it and in the end the inspectors failed to understand what is given and what is received by each party of the contract.

How to make private residences in the state forest

“You can see how one thing is negotiated and quite another is done. The hunting farm invests much more money than the ones agreed for the repair and maintenance of the hunting bases, and then we see that these hunting bases are disappearing one by one,”Dunchev commented. An example is the privatized hunting lodge Dabrava, known as the “Royal Base”, because Boris III hunted here. The royal residence, located in state forests, was sold two years ago to a company that locals say is linked to Beyzat Yahya.

The question is whether it was right to privatize all these hunting facilities, since currently they accommodate customers of the state farm, said the head of EFA and commented: “This means that the state loses part of the revenues and they go to third parties who are currently taking advantage of the perfect position of this basis.”

According to Dunchev, this model of management of hunting farms needs to be changed. From now on, rules must be established to protect the interests of both parties, not just of private companies, said the head of the EFA. And he highlighted, that many interests are now intertwined and it is extremely difficult for the control bodies to verify and to prove the objectivity of the decisions taken.

“We cannot bring in 1 million state money per year for the game without knowing whether this game is used in the interest of the state or the private country. In Palamara, an extremely small part of the game stocks is used for hunting tourism, which is a huge lost income “, commented Alexander Dunchev.

This also raises the question of whether taxpayers should pay for the pleasure of hunting teams that are shooting the game. “We must also take into account the interest of outsiders who are not hunters, but pay through their taxes to improve the game. And there should be changes as well, because the bill is paid by the taxpayers, but they do not see anything from this game,” said Dunchev. The head of the EFA hopes that the new management of the hunting farm will protect the state interest.

The new director of Palamara, Gunay Kadyrov, is already opening the residence for visitors and has even made a price list for tourists. For BGN 100 per night, everyone can visit the hunting lodge, where “portions were distributed in the country”, as Vlado Panev says in his video from Palamara.

The footage shows the indoor pool and the modern spa at the residence. You can also see the apartment “in which Borisov stayed” – a luxury apartment with a living room and a bedroom, through the windows of which you can see walking deer. Next door is a room with three beds, for security guards, as Panev suggests. “We saw sparse forests and a luxurious setting, away from people’s eyes and ears – not to interfere with the comfort of the power, “Panev commented.

In another video, he shows the old administrative building of the hunting farm, sold last year for BGN 82,000. The base also had 12 decares of yard. Now the farm is rented in the center of Venets and pays BGN 6,000 per month for the offices of 12 employees. “There are rumors that both the buyer of the old building and the current landlord are all companies of Beyzat Yahya. The local feudal lord. Think about what kind of deal it is. You buy something for BGN 82 thousand, then you rent a much smaller office for 72 thousand a year. So you return the investment in a little over a year. But that’s just the tip of the iceberg in Palamara. Logging is the big scheme,” Vladislav Panev commented on Facebook.

“The battle is for school lands.” What remained hidden behind the replacement of a school principal from the Deliorman?

After his visit to Palamara, the co-chair of the Greens said that “feudalism in the remote regions of Bulgaria is a major obstacle to the country’s development.” “The locals told us that everything is controlled by one person – logging (legal or not), cultivation of agricultural land with the relevant EU subsidies, administration. This dictates low incomes for the people and practically drives them out of the region and the country. Then let’s not be surprised that we are in a demographic catastrophe. A very small step has been taken. It is symbolic. If we want to change Bulgaria, these steps must become permanent. Let’s change the rules of the game. These feudal lords have become such because of the theft of EU funds as well. So the rules need a serious correction both here and in Brussels,” Vladislav Panev commented. 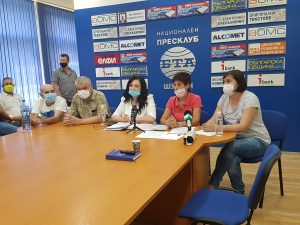 “The battle is for school lands.” What lies behind the… 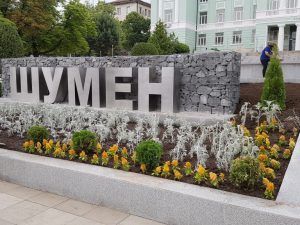 Shumen’s Excess Money – the city wrote its name with…