Ten days before the early parliamentary elections on July 11th in Gurkovo, the mayor of the municipality Marian Tsonev (MRF) stopped the water in the Roma neighborhood of “Lozenets-North” after its residents demanded that he fulfills his pre-election promises. This happened at temperature of 40oC and under pandemic conditions! How this unprecedented repression came about is revealed by an investigation of “Pro Veritas”.

Marian Tsonev became mayor of the municipality in the 2019 elections as a candidate of the MRF. During the pre-election campaign, not only money but also generous promises were distributed in the neighborhood, Roma told “Pro Veritas”. And the launch of water in the Roma neighborhood of “Lozenets-North” in Gurkovo, where until then they had only one fountain for everyone, has become a “nail” in Tsonev’s campaign. Along with this gain, one of

the municipal MRF cadres promised to Roma population that they would not pay for water because “so they said from above”?

But even without saying anything from above, the Roma have not paid for water since the entire illegal neighborhood exists, according to some women – for about 50 years.

Two years later, on the eve of the upcoming early parliamentary elections, the mayor arrogantly threatened the Roma from the neighborhood that their water would be cut off. And they looked for journalists to tell them about the pressure that Marian Tsonev exerts on them.

According to their testimonies, the sharp confrontation occurred when they began to demand that the mayor must start fulfilling his pre-election promises, including financial assistance. And one of the young Roma – Rashko Manev allowed himself to ask the mayor in a telephone conversation since when he had not set foot in the neighborhood. And asked him to support an injured family whose house had been set on fire.

The enraged by Rashko Manev’s audacity, Marian Tsonev and his son poured a bunch of insults and threats against him, followed by an attempt for his physical abuse. According to Rashko’s wife, the police barely managed to save him from a fight in front of the mayor’s mansion, and she filed a complaint with the Regional Police Office against Tsonevi – father and son. The mayor’s response is not late.

On the last day of June, the neighborhood was surrounded by a police cordon, and excavators from the water-and-sewage company dug up the water mains. The workers then flooded it and then laid cold asphalt on it. In front of the eyes of the whole neighborhood and without excesses, which the police and the prosecutor’s office may have expected.

it is about a punishment action of the mayor against the disobedient Roma, who dared to raise their heads and have claims to his power,

despite the fact that the actions to stop the water is legitimized as an application of the law, which Tsonev first violated it two years ago with the construction of an illegal water supply connection. Which maybe means without the necessary documentation as well.

Moreover, the action was organized for only one day, as we learned from our sources. Most likely, as it happens in such cases, on the phone and with enviable speed, atypical for our cumbersome institutions.

According to Dipl. Eng. Rumen Raykov – Director of Water and Sewerage (ViK)- Stara Zagora, the signal to the Kazanlak branch of the company for the illegal connection of the Roma neighborhood to the central water mains was received a week ago, from whom – he did not know. And he reacted immediately and in turn sent a signal to the prosecutor’s office. Who exactly ordered finally this action and why noone has challenged its legality are important questions. As well as the fact that for two years the institutions have turned a blind eye to the illegal water supply of the neighborhood.

After the action for cutting-off the water in the “Lozenets-North” neighborhood, other actions by the local authorities in Gurkovo followed. The owners of three of the illegal Roma houses in the neighborhood receive official notes from the municipality,

that if they do not present notarial deeds for ownership of the properties within one week, they will be forcibly demolished.

The appointees, of course, were not chosen at random. All of them are relatives of Rashko Manev, who is also first on the list. Second is his brother Ivan Manev, who is a pastor in the neighborhood, third – their nephew. The news was told to “Pro Veritas” by Ivan Manev, who said that his house was built thirty years ago, but he was not at all surprised that they were going to demolish it just before the elections.

This action for turning off the water tap and threatening to demolish houses, should serve to edify the raised Roma heads. The mayor and the elected MRF activists thought very well how this would have a psychological effect on the whole community. That is why they are attacking their leaders, the only ones who are able to change the attitudes of the Roma and their July 11 vote.

On June 29, we met with residents of the neighborhood, only women and children came out. They were waiting for us to tell us about the repression against them. Overexcited, the women accused the mayor of promising to legalize their houses before the election and now threatening to demolish them. They did not hide, but in a chorus confirmed,

that they sold their votes in the last parliamentary elections for BGN 50 each. The banknotes were handed out personally by the mayor against a vote for MRF.

And about a dozen of the women, who vowed that “they will no longer vote and they don’t want their money”, on June 30 testified at the Regional Directorate of the Ministry of Interior in Gurkovo about the election trade with their votes.

After being informed that there were journalists in the neighborhood, the mayor of Gurkovo Marian Tsonev hid himself. And the security of the municipality did not allow our team in the building, with the explanation that the mayor is not in his office – the same manner and behavior that we encountered on April 4 this year. Then we tried again to investigate vote-buying signals. Neither our journalistic cards, nor our explanations that a municipality should be open to the public, failed to provide us with access to the administration, the mayor, his deputies or the director of GRAO, from whom we wanted information about those registered at the current address for the elections on July 11th.

Who will be responsible in the condition of a pandemic situation and summer heat if in the Roma neighborhood in Gurkovo with a closed tap of the fountain some infection or epidemic bursts out? –

We asked this question by phone to Dr. Stanimir Stankov – Director of RHI in Stara Zagora. And he, wondering why we are looking for him and not for another doctor, suspected that we are trying to bring him into conflict with the police and the prosecutor’s office. It was as if he had heard for the first time that he, as a representative of the health authorities in the region, he had, in addition to control functions, the obligation to take preventive measures against the emergence of any threats to public health. And it is as if he has forgotten about everyone’s right of access to clean and running potable water.

A discriminatory action such as the one in Gurkovo shows the purposes for which the Roma community in Bulgaria is used. But at the same time, it is a blatant violation of law and morality, as well as a severe blow to the statehood. Such behavior is also a challenge against the efforts of the official cabinet to ensure a calm environment and normal conduct of the elections! 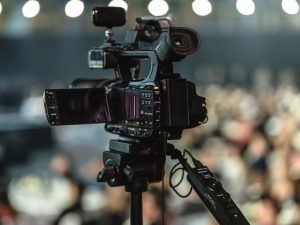 Again for the paid love between the authorities and the… 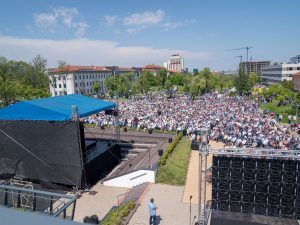 Money, more money! How GERB bought the “Praetorian Guard” of…