The mayor of the city has concluded contracts for media services with sole decisions and without sanction of the Municipal Council.

Prime Minister Borisov announced his decision to reduce the party subsidy from BGN 11 to BGN 1 per vote, with the threat: “Let’s see how the parties will then pay for journalists, sociologists and political scientists?” With this apparently populist move, the GERB leader will undoubtedly build confidence in his party, shaken by corruption scandals. But he cannot mislead public opinion about the reasons by which he filed the bill in the National Assembly.

It is clear that parties are paying with state subsidy money for propaganda during elections. And understandable, but only in part. Because the subsidy, irrespective of its size, disadvantages parliamentary and non-parliamentary parties, big and small, especially during election campaigns.

In addition to the subsidy money, the government pays the media to secure a peaceful term in other ways. Once with funds from European funds, the second time from the budget with information and media services contracts. But if the amount of party subsidy is clearly set in the budget, there are no rules for local governments for what and how much they can pay to the media – regional and national.

And, if in some municipalities such as Varna for example, the funds allocated to the media for a period of one year are collectively determined by the sanction of the Municipal Council, in Stara Zagora the mayor alone determines how much each media can receive from the budget. Officially – for information, advertising and media services. Actually – for an uncritical attitude towards the power.

In 2016, ”Dnevnik” published an investigation based on reports received under the

Law on access to public information. They were requested from five large and five small municipalities in Bulgaria. According to the text of the investigation, four municipalities refused to provide some of the requested information, and Stara Zagora requested a delay, which later turned out to be a “masked” refusal.

The summarized data in the publication proved the obvious attempts for administrative control over the media environment and the tendency that most of the media sell their content at a low price and without scruples, and the local government buys them “in bulk”.

Also striking is the fact that there is no direct link between the size of the municipality, the size of its budget and the funds paid to the media. On the contrary – the municipality of Vratsa, under the mandate of Mayor Nikolay Ivanov of BSP, has spent from its limited public resource BGN 615 thousand for three years (from 2013 to 2015). This ranked this municipality first among the municipalities included in the investigation in terms of funds (BGN 4.89) paid for ‘information services’ per capita.

In the next three years, the Mayor of Stara Zagora Zhivko Todorov also denied this information to two foundations – Metropolitan “’Metodiy Kusev” and “That is”. Their applications have also been prepared in accordance with the requirements of the Law on access to public information.

Similarly, and with exactly the same motives, the municipality refused me, as a citizen and journalist, information on the contracts concluded by the mayor with the media for 2018 and 2019. With the legal assistance of the “Access to Information” Program and the lawyer Alexander Kashumov, the mayor‘s decision was appealed before the Administrative Court in Stara Zagora, and the sentence of the Court was without a right of appeal to a higher court. The court ordered that the requested information on the concluded media and information services contracts be provided within the meaning of the Law on access to public information. The partial reference prepared by the local administration in Stara Zagora in implementation of the court decision shows that for 2019 the municipality paid to central and regional media BGN 125.3 thousand and for 2018 – BGN 181.4 thousand. Totally for the two years this makes almost BGN 307 thousand.

(You can see all the information provided by the Mayor of Stara Zagora in the attachment below).

I will refrain from commenting much or less is the money from the municipal budget allocated for information and media services of the municipality of Stara Zagora for the two years. The reference shows that with a total budget of BGN 238 million for 2018 and 2019, the Mayor of Stara Zagora Zhivko Todorov has distributed BGN 306 thousand to various media.

For comparison, with a budget of BGN 883 million for the same two-years period, Varna has concluded contracts for media and information services for BGN 350 thousand.

It turns out that with nearly four times higher budget, the Varna City Council voted for a media service amounting to only 50,000 more than in Stara Zagora. The comparison is eloquent enough.

Asked why these contracts were not voted by the Municipal Council as in Varna, Mayor Zhivko Todorov replied that this was not necessary because the funds for them were budgeted. However, I was unable to find out in which of all 44 attachments to the budget they were included.

It turned out also that the two municipal councilors I spoke with also did not know in which item of the budget this amount was included. And the contracts with each individual media had not been seen by any of them.

So, in practice it turns out that, except for the mayor, and a small circle of his administration, who as a sole authorizing officer of the budget has determined which media how much to receive, no one else has access to this important information. And according to the Law on access to public information this information is public and should be made available to anyone who requests it. Because only in its context, citizens could impartially evaluate the editorial policy of the media and their critical or uncritical attitude towards the management decisions and policies of Mayor Todorov and his team. This information sheds also light on the relations between power and the media, which must be distant and transparent, not as a link between a rich man and his mistresses.

And it is up to the citizens to decide whether they like that style of governance and how their tax money is spent. As well as which media they would trust as an impartial corrective to the increasingly corrupt authorities in our country. 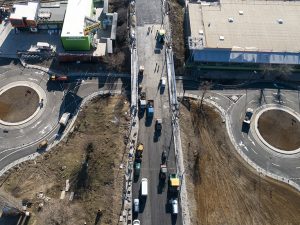 Money for nothing, or how Stara Zagora runs a project…