Over BGN 402 thousand wasted – this is a brief summary of the unfortunate attempt of several municipalities in the Shumen region to build an installation for separation of household waste at the regional landfill in the Shumen neighborhood Divdyadovo.

The otherwise good conception crashed, despite the thousands of BGN spent on the initial preparation, and there are serious violations in the distribution of public funds, according to experts from the sector.

But since several years have passed since the “event”, the money thrown for the unrealized project could have remain swept under the rug, if by a bad coincidence there was no crisis with the pre-treatment of waste – Shoumen Municipality couldn’t find a company for this activity. In 2020, the administration conducted two procedures under the Public Procurement Act, which were terminated due to lack of submitted offers. Namely, the Municipality of Shoumen, as the largest and leading in the Regional Waste Management Association (RWMA), concluded the contracts for the unfortunate BGN 402,000.

The beginning of the story is 5 years ago, when the municipal council in Shumen decided to build an installation for pre-treatment of waste in the regional landfill in Divdyadovo neighborhood. At that time, under the Operational Program “Environment”, many Bulgarian municipalities had the opportunity to make separating installations with EU funds. At the end of 2016, the local parliament instructed the mayor of Shumen Lyubomir Hristov to take all necessary actions to the municipality to apply under European project, together with the municipalities of the Regional Waste Management Association /RWMA/. With the same decision, the councilors provided for the preparation of the project BGN 350,000 /VAT excluded/ from the accumulated contributions to the account of the Shumen Municipality in RIEW.

Two months later, the municipal council adopted a partnership agreement between the municipalities of the regional association, and the Municipality of Shoumen was appointed contracting authority for the public procurements under the Public Procurement Act, according which a contractor for the preliminary project preparation activities should have been selected.

At the beginning of 2017, the Municipality of Shoumen announced not one, but 5 procedures for selection of contractors for the preparation of the project, under which 5 contracts were concluded for a total of BGN 402,000 /VAT included/. All five contracts were of the same date and with the same number – Ref No 25-01-135 of 13.04.2017. This information about the contracts is from the official website of the municipality.

It is noteworthy that all five contracts are priced at approximately BGN 67-68, 000, regardless of whether it is a cost analysis, a survey of public attitudes or the preparation of forecasts.

The first contract with “Profproekt Bulgaria” EOOD is for preparation of a cost-benefit analysis of the project proposal. The value of the contract is BGN 68,500.

A second contract was signed with the same company – this time to “study the attitudes of the population towards separate collection of green or biodegradable waste.” This contract was for BGN 67,000.

A third contract has been concluded again with the company “Profproekt” – for preparation of forecasts for the generated waste on the territory of the municipalities from RWMA. These forecasts cost BGN 68,500.

The fourth and fifth contracts have been concluded between the Municipality of Shoumen and the company “EU-Energy Project” EOOD. One contract is for the development of pre-investment studies related to the construction of the composting plant, including the determination of the quantity and type of necessary equipment and ancillary infrastructure. The price is BGN 67,000.

The last, fifth contract with “EU-ENERGY PROJECT” EOOD is for preparation of plans and schemes in connection with the future operation of a composting plant. This contract is for BGN 64,000.

Experts point out to “obvious violations”

From the point of view of the Public Procurement Act, there are obvious violations in the procedure, comment experts on European projects. The most significant violation is that one public procurement is divided into five separate procedures, under which five separate contracts are concluded. However, this is not allowed in accordance with Art.21, para. 15 of the Public Procurement Act, emphasize workers in the sector.

With the five contracts concluded on one and the same date, under one and the same number and with two contractors, a total of BGN 402,000 was spent, provided that the nature of the five procurements and the subject of the assignments are similar in structure, content and activities, the experts emphasize. And they claim that in this case a single procedure should have been announced in compliance with all the requirements for adversarial proceedings, equality and the possibility of appeal in the manner prescribed by law. After the Municipality itself puts the same number and date of the five contracts with two different contractors, apparently the administration itself is convinced and considers that this is a public procurement, the experts say.

The end of the project

In October 2017, after the contracts were concluded and the preparatory work on the project was completed, the municipal council in Shumen considered the issue again. The councilors agree that the municipality will apply with a joint project proposal for the design and construction of the composting plant together with the municipalities of Veliki Preslav, Smyadovo, Hitrino, Novi Pazar, Kaolinovo, Venets and Kaspichan.

Instead of a project, however, failure follows. A year later, at the end of 2018, Mayor Lyubomir Hristov submitted a report note explaining to councilors that the application procedure had been terminated. It turns out that while the MoEW was evaluating the Shumen project, a problem arose with one of the municipalities in the association – Hitrino. Hitrino Municipality has already built a small installation for separation of household waste. In 2018, however, this installation did not work due to lack of an operator.

This requires the revision of all documents for the project proposal, explains the mayor of Shumen in his report note to the councilors. Depending on whether the installation in Hitrino will work, the co-financing of the municipalities in the large European project, which according to the participants was about 40 million levs, will be determined. There is a danger that the co-financing will reach 60% of the project budget, which will be unaffordable for some municipalities, said the mayor of Shumen. Therefore, at a working meeting at the end of 2018, the municipalities of the regional association have decided that they cannot bear the financial burden of non-implementation of the project and therefore terminate the application procedure.

Thus, the money spent on the preparation went to waste, the municipalities do not have a separation plant and are now wondering how to fulfill the goals of the national waste management plan.

Is there a connection with the private project for a waste plant?

Meanwhile, while preparations were underway for a European waste separation project, there were talks in Shumen about building a private waste processing plant that would have its own separation plant. Many Shumen residents still doubt that the European project was abandoned in order not to hinder the private investment.

When the candidate investors appeared, the mayoral team of Shumen stood firmly behind their initiative. However, potential investors never managed to convince the citizens that they offer serious and safe technology, and last year they quietly withdrew their intention for Shumen. “The attempts of the municipal leadership to attract an investor to build a plant for processing of household waste were thwarted and this requires RWMA-Shoumen and in particular the Municipality of Shoumen to seek other solutions for disposal of non-recoverable waste,” the website of the municipality says on this occasion.

And the citizens of Shumen never understood the benefit of the agreed public funds in the amount of BGN 402,000 for the failed project. However, experts are adamant that even if another similar project is applied for, the analyzes prepared 4 years ago will not be able to be used and new studies will have to be done, i.e. will be paid again.

A project to waste BGN 4 million, or how the…

Brickel TPP will burn waste under contract with secret clauses 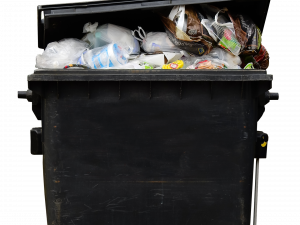 BGN 4.1 million for the garbage of Smolyan, or how…