The District Governor of District of Smolyan – Nedyalko Slavov has declared unlawful the draft-bill for the expenses and revenues from the municipal waste tax for 2019, voted by the municipal council in the town of Smolyan on January 30, 2019. By his order of February 15, 2019 Mr Slavov returned the decision for a new discussion.

This year, the proposed by the mayor Nikolay Melemov draft-bill for the cleanliness of Smolyan hit a new record – BGN 4.1 million costs, with planned revenues of BGN 3.6 million from the municipal waste tax.

At the Municipal Council meeting held on January 30, 2019, the opposition managed to collect the necessary 15 votes and drastically reduced the bill, proposed by Melemov, by 1.3 million. The proposal was made by Stefan Sabrutev from BSP, who asked the costs for cleanliness to be not more than BGN 2.8 million. His proposal was accepted with the support of the local coalition CROS and MRF.

Since Nikolay Melemov was elected Mayor of Smolyan in 2011, at the beginning of each year he wants municipal councilors in the city to approve such a draft-bill for cleanness that will provide more money for the circle of companies known in the city with the general ” nickname ” – ” Titan “ .

Almost all activities related to cleaning, garbage disposal, landfill and municipal waste treatment, winter maintenance, road construction and maintenance of the municipal infrastructure in Smolyan have been done for years by several companies – “Cleaner” Ltd., “Eco Tradex Group” AD, “Eco – Titan Group” AD, as well as consortia “Eco World 2” DZZD, “Sport for Smolyan” DZZD and “Smolyan E.K.” DZZD. It is them that are known in the city with the common name “Titan” because of their connectivity through common owners.

Partners in the mentioned companies have been three physical persons from Haskovo – Velichko Minev, Daniel Gargov and Tencho Lilyanov.

Since 2006 until now, the business of the three in Smolyan, related to public procurement, goes up sharply , regardless of the composition of the majority in the Municipal Council or the changes in the mayor’s office. The local administration’s costs for payments on contract with their companies are also rising.

In 2015, the Ministry of Finance ranked Smolyan among the most indebted municipalities in the country – second in terms of commitments for expenses, the ninth in amount of arrears, 11-th in the total amount of the debt. According to a report by the State Financial Inspection Agency of August 4, 2017, this state of affairs has been brought about by the high prices of activities related to the collection, disposal and treatment of municipal waste in the city.

“It is inexplicable for me that some figures are included in the draft-bill for which it is difficult for anyone to give me an answer as to why these costs are envisaged ,” the head of the CROSS coalition group Kiril Hadjihristev told reporters after the January 30 meeting. He gave as an example the BGN 80,000 for separate collection of the garbage, that are included in the budget of Smolyan, while at the same time the municipal administration has concluded a non-financial contract with a company that has to carry out this activity. Another BGN 30,000 are envisaged for the development of pilot projects for separate collection.

“I requested from them to present to me at least one such project on behalf of the Municipality – I did not get a response,” Hadjihristev said. The charge for landfill per ton of waste is suprising. A fee of BGN 35.70 was proposed this year, and last year it was only BGN 19.80. “I did not get an answer as to how this fee is formed, why it is not in the Municipal Ordinance for this activity or is formed under the contract, concluded with the garbage collection company”, added Hadjihristov.

According to the District Governor of Smolyan District Nedyalko Slavov, the decision for adoption of this year’s draft-bill is late because, according to the law, it had to be adopted within 20 working days after the publication of the state budget.

The budget was promulgated in the issue 103 of the State Gazette, December 13, 2018 and the deadline of 20 working days after the publication of the State Budget has expired on January 16, 2019.

According to Slavov, the legal requirement that the draft-bill should be published for public discussion on the municipal website within one month is also not complied with. “Data on compliance with this statutory requirement are missing in the note of the mayor of the municipality, according which note the decision was adopted. Such data can not be ascertained by the deliberations on the adoption of the decision, ” it is written in the order of the District Governor for returning the decision for reconsideration.

With a little help

Meanwhile, on February 6, 2019, the Municipal Council in Smolyan adopted the city’s budget for this year. In it, the amount for the maintenance of the cleanliness in the city remained BGN 4.1 million as suggested by the mayor of the town Nikolai Melembov.

For 8 years all attempts by municipal councilors to force Melemov to reduce the cost of cleanliness failed. This year, for the first time, the draft-bill for this activity has been reduced to BGN 2.8 million but it will not be implemented in this extent at least not without the help of the District Governor.

And the winners are again …

Velichko Minev enters the private business after he resigned on August 5, 1999 as a chief of the Haskovo branch of “Wointech”, a single-proprietor company of the Ministry of Defense. Shortly before, Emil Dimitrov (Revizoro) gave a press conference accusing Minev of misusing 80 million leva for of fuel, bought at low prices from Neftochim .

Tencho Lilyanov was detained in 1999 by the police as a participant in a cigarette smuggling channel at the border crossing point of “Novo Selo”. He has partnerships in dozens of companies in Haskovo, Dimitrovgrad, Sofia, Smolyan, Veliko Tarnovo and other cities.

In a media publication from March 2017, Liljanov is also mentioned as a partner in the company ““. There, his partner is Daniel Gargov, who became known as “the son-in-law of Delyan Dobrev” because he is the husband of his first cousin. “Forumcom” holds a majority stake in another company – “Eco Tradex Group”, which was ranked “Top 3” of the companies that received most of the money from the renovation program.

For me the costs – for you the profit, or…

The Mystery “Smolyan – Madan bypass”, or how 8 million… 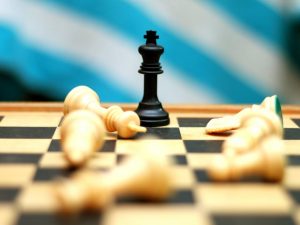 Delyan Dobrev’s parents have won a tender in Smolyan with…

Smolyan in a TITANian grip