With a decision under it. 3 of its last meeting agenda, the Council of Ministers will propose to President Rumen Radev to issue a decree awarding the publisher of “Trud” newspaper Petyo Blaskov with the Order of St. St. Cyril and Methodius – necklace. According to a proposal made by the Minister of Culture, Blaskov should receive it “for his contribution to the development of contemporary Bulgarian journalism”.

The decision of the Council of Ministers was taken on the day of the first report for Bulgaria under the new pan-European mechanism, which explicitly states that “the lack of transparency regarding the media ownership in Bulgaria gives cause for concern.” The same report also said that a problem in the media environment in Bulgaria is the lack of transparency regarding media ownership and funding.

Exactly 10 months ago – on December 6, 2019, and with absolute majority, the National Assembly instructed the Council of Ministers by the end of March this year to “propose a plan for the development of the media environment in Bulgaria, which should include a model for financing public media, guaranteeing their financial and editorial independence”. The lack of any public information on the implementation of this decision indicates that

the government has left it “without movement”

The idea of the cabinet to propose the awarding of Petyo Blaskov with the Order of St. Cyril and St. Methodius only a day after the report of the European Commission, however, sounds exactly like that: “I f*ed them at 200, foreigners, prime ministers …” (according to one of the recordings, in which a voice is heard just like the prime minister’s).

The proposal for the award was formally made by the Minister of Culture Boil Banov. It is precisely him who is assigned as well to maintain the register of the actual owners and the sources for financing the media in Bulgaria. In this register, despite its administrative obligation and the envisaged solid fines for violating it, there is not

a single line for “Trud”

There is also no trace of an act of the Minister of Culture, with which Blaskov, as its publisher, was punished. Instead, Boil Banov offered him a state necklace for his contribution to Bulgarian journalism.

The authors of the report, announced on Wednesday by the European Commission, note signals they have received from several journalistic organizations in our country, for harassment against journalists. The report also cites “stakeholders” who say Bulgaria’s political climate is unfavorable for the existence of independent media, and it is exactly due to this reason why many media owners “prefer to be close to the government to avoid their own marginalization”.

the report of the European Commission also mentions the ideas for legislative restriction of the activity of non-governmental organizations with foreign funding. On this issue, the document literally reflects the following: “The already limited civic space in Bulgaria may be further affected.”

There is not a single line from the ones quoted above, for which Blaskov is not among those who bear personal responsibility. For years, his media were willingly provided to anyone who wished to wage wars against the civil sector in Bulgaria, against liberal democracy, against the values of Euro-Atlanticism, tolerance of minorities and responsible journalism.

For all this, now with cynicism “at 200” Borisov’s cabinet presents the Order of St. St. Cyril and Methodius.

Shortly after the presentation of the first report on Bulgaria under the new pan-European mechanism on Wednesday, European Commission Vice President Vera Yourova was asked by “Free Europe” if she was aware of the footage from the Bulgarian prime minister’s bedroom showing a pistol, gold bars and bundles of € 500 banknotes. Yurova replied that she had not seen these photos.

“But maybe I should”

This hesitation of the Vice-President of the European Commission can only be explained by the inevitable diplomacy. However, after the government’s launch of Petyo Blaskov into the constellation of the holders of the Order of St. Cyril and St. Methodius, Yurova must certainly pluck up courage to peek live in the bedrooms of Bulgarian “journalism”. 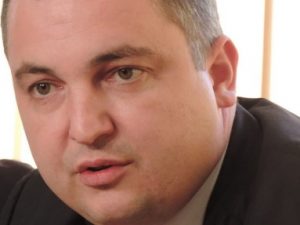