The court has imposed a temporary injunction on the Regional Comprehensive Cooperative (RCC) “Orpheus” in Smolyan to sell the Hotel-Restaurant “Ezerata” (the Lakes) to the Central Cooperative Union (CCU). The deal was stopped after a complaint by the member of the Management Board of the Cooperative, d-r Dimitar Pamporov.

The property with a built-up area of ​​362 sq. m and 7.7 decares of land is located in the neighborhood “Ezerovo” on the main road Smolyan – Devin on the shore of a picturesque lake, but has not been operational for years. The decision to sell the hotel exactly to CCU for BGN 510,000 was taken at a General Assembly Meeting of the proxies of RCC “Orpheus”, held on June 19 this year. However, 1 year ago (July 9, 2020) the general meeting of the cooperative took another decision – the sale to be auctioned after assessment by an independent expert, and the funds to be set aside in a separate investment account.

For a year, the chairman of the cooperative, Georgi Slavov, blocked the auction with the idea of ​​selling the hotel to the CCU, Pamporov said.

And that is exactly what happened at the General Assembly Meeting on June 19. When it came to the item of the agenda of reconsideration of the decision for the hotel-restaurant “Ezerata”, Slavov takes out an envelope, says that it is an offer from CCU, opens the envelope, reads that a price of BGN 510,000 has been offered and says: “Lets vote for it!”

When voting, the general assembly meeting is divided into two. At that moment, the chairman of the cooperative announced that he had voted with 9 powers of attorney and the proposal to accept the CCU’s offer prevailed.

“As a member of the Management Board and as a cooperative member, I am obliged to defend the interests of this cooperative. This decision harms the cooperative because we want to get more money from the sale of the “Ezerata” Hotel, and this can be done at a public auction,” said d-r Pamporov.

“And at the ten Board Meetings this year, the chairman did everything possible to avoid an auction. At the last but one Board Meeting before the General Assembly Meeting, I managed to convince the Board and with 4 votes “pros” and 2 “cons” we decided that after a week, at an extraordinary meeting, the chairman to call a legal entity and to determine how to conduct the auction. Surprisingly, the next week the Chairman was quarantined for 14 days and this extraordinary meeting failed. Then the new general meeting was convened,” he added.

D-r Dimitar Pamporov: Even the minutes of the general meeting of the cooperative is a secret

How the decision to sell the hotel-restaurant “Ezerata” to CCU was reached?

At the General Assembly Meeting, he (the Chairman of RCC “Orpheus” Georgi Slavov) took out a sealed envelope. From which he took out and offer that I did not see. He waved it with the words: “CCS” proposes BGN 510,000. Please, let’s vote!”

The votes were by half, but he pulled out 9 power of attorneys by which he won.

How did he get 9 powers of attorney – out of his pocket, out of his sleeve?

He said he had 9 powers of attorney. I wanted to see them, he said there was a commission that…

That is to say, you could not see that he represented these 9 people.

He cannot represent more than three, by statute.

Aren’t there any legal experts in this cooperative?

There are. Lawyer Lilyan Sirakov jumped and said that what was being done was absolutely illegal. We asked for a recount, a re-vote. But it was also denied.

And Slavov voted with 9 powers of attorney?

No. He said he has 9 powers of attorney.

Has anyone seen these 9 powers of attorney?

I didn’t see them. He said there was a commission dealing with the powers of attorney.

The commission is a body of the assembly itself. It may request verification.

They were not shown to me.

A member of the Management Board is not shown powers of attorney with which the Chairman of the cooperative votes?

He doesn’t want to give me the Minutes either.

From the General Assembly Meeting.

Why is this Minutes such a secret?

Because it was a secret, and I am a member of the Board.

I asked for it in writing.

Before I filed a lawsuit. We have to present to the court what we want to refute. I am also denied the minutes from the meetings of the Management Board, in which I also vote. I sign every minute of the Board meeting, so if I sign them, there should be a copy for me. But there is no.

The Central Cooperative Union is also registered as a cooperative, according to a reference in the Trade Register. A curious detail is that on June 26, 2013, RCC “Orpheus” sold to CCU also 51 ideal parts of the hotel-restaurant “Rozhen” and 5 decares of land together with ET “Christina Koleva-95”, who resells the purchased from RCC “Orpheus” only 4 days ago 9 ideal parts. The total amount of the transaction is BGN 560,000. The cooperative members did not receive dividends from this sale. This money is not available as an investment, says d-r Dimitar Pamporov.

“Nobody can answer what is happening with the money and I don’t know where they are. Are they invested in something, are they in the bank? I have personally asked this question to the Board three times. They don’t answer me. They tell me there is a Supervisory Board. We need repairs to various buildings of the cooperative. They say there is no money. I ask, “Didn’t you sell “Rozhen?” How comes there is no money!?” The roof of the building of the cooperative in the village Colonel Serafimovo needs to be repaired. No money. That is why I want the sale of the “Ezerata” Hotel to take place through a public auction. The cooperative needs funds,” he said.

Mr. Slavov, how would you comment on d-r Pamporov’s request for the court to suspend the sale of the “Ezerata” Hotel?

I was on leave and yesterday (July 12) I received the statement of claim from the court. I read it, I gave it to a lawyer. There was a meeting, the meeting went normally, with activity. If he has contested it, there are some reasons. It was a nice meeting. We reported our annual results and to our joy we celebrate our achievements once again. We have adopted our business plan for this year. I neither interpret nor comment on his contestation, it is his view. There is nothing wrong, whatever the court decides, we will do it.

Why did you decide to sell it to CCS and not at auction?

The right is to the General Meeting.

Okay, but the General Meeting has a decision to sell at auction.

We reviewed the point at the same meeting.

Did you reconsider the decision that it should be not at auction, but that the buyer should be CCU?

We revised it, and in this case the message of the CCU as our system appeared – to offer it to the General Meeting that CCU will buy it.

You could make more money if the sale was an auction.

Do you know how much is more money?

When you have them in your pocket.

Being one system, in 2013 CCU sold its stake in Coca-Cola for over 13 million euros. Has the cooperative received any money?

I cannot tell you. That was a long time ago. I was not in the management then.

No, has the Smolyan cooperative received a dividend from this sale?

We do not receive dividends. We get something else – know-how from CCU, which, even if you want me to tell you, I will not be able to explain everything to you. For us, CCU is a system that guards, helps, guides and protects us.

And that’s why you decided to sell the “Ezerata” hotel exactly to CCU?

Not just because of that. The cooperative would hardly achieve better than that.

According to Slavov, d-r Pamporov’s concern for the interests of the cooperative members is questionable, as he entered the cooperative with minimal capital two or three years ago, when he became its tenant. And has been a member of its board for a year. In this case, however, it is the “rookie with minimal capital” d-r Pamporov that defends the interests of RCC “Orpheus”, insisting on a tender and a higher sale price of the hotel-restaurant “Ezerata”.

There is also another problem in this deal. If, as Georgi Slavov says, RCC “Orpheus” and CCU are “one system”, there is a conflict of interest. And in order to have no doubt that the Smolyan cooperative is not harmed by the Central Cooperative Union, the sale must be put up for auction. And if CCU wants to buy it, let it offer the highest price! To show that it helps, not harms the Smolyan cooperative members for whom only BGN 70,000 higher price, means a dividend of BGN 100 at the end of the year.

Two months ago in Smolyan they asphalted streets under a… 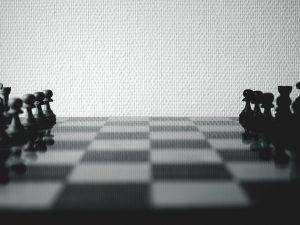 Price doesn’t matter, or how to win a tender with…